MUVE {A Little of the School Life}

This is an assignment for a class I'm taking - ignore away! ;)

I don't have much experience with any MUVE, interactive, or gaming technologies. My son, who is 6, plays Minecraft via an app on his tablet, but I've not done more than watch him do some things on it. A friend and coworker of mine is into all things technology related, including all the ones mentioned above. He likes how it works as a stress reliever for him and the creativeness of the game. He has the tools to make the game whatever he wants it to be, and even mentioned that some people go really far into the coding and creating their own space out of it. He talked about the different modes people can play in - peaceful, creative, survival, and adventure modes. It's easy to see why so many people become addicted to it. 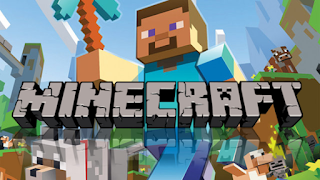 One of my other coworkers talked about her former library where they had a Minecraft club that would meet at a set time each month. I think it would be a great way for kids to meet other kids with like interests. They can interact with one other in the game as well as outside the game, in the physical space they are sharing. She also mentioned that one of the librarians had used Minecraft to create an exact replica of the library. That could come in handy for all sorts of things from advocating for more space or grant applications.
Posted by Unknown at 3:04 PM

Thank you so much for taking your time to share your thoughts! I try to respond to everyone. :)